ChargerPoints™ are coming to the UK

The term “NOMOPHOBIA” or “NO MObile PHone PhoBIA” is used to describe a psychological condition when people have a fear of being detached from mobile phone connectivity. 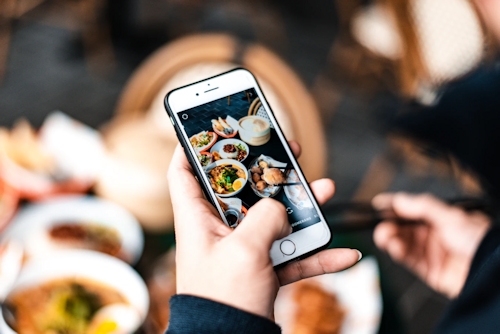 The term NOMOPHOBIA is constructed on definitions described in the DSM-IV, it has been labelled as a “phobia for a particular/specific things”. Various psychological factors are involved when a person overuses the mobile phone, e.g., low self-esteem, extrovert personality. The burden of this problem is now increasing globally.

The term, “NOMOPHOBIA,” was coined by the United Kingdom (UK) Post Office in 2008 during a study who commissioned YouGov, a UK-based research organization. The objective of that study was to evaluate the possibility of anxiety disorders occurred due to overuse of mobile phones. The study found that nearly 53% British who used mobile phones, pretend to be apprehensive when they “lose their mobile phone, run out of battery or credit, or have no network coverage”.

That study also revealed that approximately 58% of male and 47% of female suffered from the mobile phone anxiety, and additionally 9% felt strained when their mobile phones were switched off. 55% of the participants agreed that they are not able to maintain connectivity with their dear and near one, which was the main reason for their phobia. On comparing the stress levels it was found that the anxiety level was at-par with those of “wedding day jitters.”

The signs and symptoms are observed in NOMOPHOBIA cases include – anxiety, respiratory alterations, trembling, perspiration, agitation, disorientation and tachycardia. 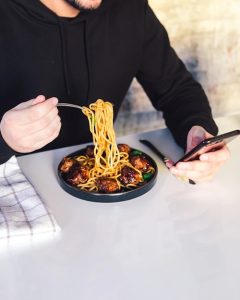 We cannot escape from the influence of modern technology in 21st century. Day by day it is changing and due to technological advancement, new challenges are creeping up on a regular basis. The phobia due to technological advancement is also called TECHNOPHOBIA. In 1983, the first mobile phone was introduced in the market, now a days these instruments have become lifeline in most of the societies.[1]

According to Shambare et al. (2012), mobile phones are “possibly the biggest non-drug addiction of the 21st century”. Now a day’s college students are spending more than 9 hours per day on their mobile phones, which leads to addiction. It is an example of “a paradox of technology” having both the property of freeing and enslaving. Freeing from the real world and enslaving to the virtual world.[1]

It is evident from surveys that young adults are more likely to be addicted from nomophobia (Secur Envoy study). The survey described that most of the teens (77%) reported anxiety when they were without their mobile phones. Scientists proposed certain psychological predictors for suspecting nomophobia in a person which are – “self-negative views, younger age, low esteem, self-efficacy, high extroversion/introversion, impulsiveness and sense of urgency and seeking”.[2]

It has been observed among students that low grade point average (GPA) and increased anxiety levels are correlated with frequent mobile phone usage. The decrease in GPA among students may be due to distraction by the over-usage of mobile phones during class. Pressure for continually being connected to social (virtual) networks may increase anxiety as it leaves no time for relieving daily stress during solitude, which is an essential component of our well-being.[3]

As per study, 61% of people do check their smartphones after awakening in the morning.[3]

A moderate difference was observed between the participants’ psychological relationships with the mobile phones and their excessive mobile phone use. Though no pathological conditions were found, but signs of attachment were observed due to excessive use of mobile phones. Mobile phone dependency was found in another study conducted on adolescents and emerging adults as they might be going through a social identity crisis phase in their life.[4]

A mobile phone dependence study among the medical graduates was conducted by Dixit et al. (2009).

The study revealed that most of the (73%) students kept their mobile phones for 24 × 7 hours.

A study was conducted among undergraduate students in Health Services, found that out of 547 males, 23% of the students were labeled as nomophobic, while 64% students were at risk of developing nomophobia. Almost 77% students checked their mobile phones more than 35 times per day.[7]

Another study revealed that more than 50% nomophobics never switch off their mobile phones.[8]

Usual symptoms and signs of NOMOPHOBIA

The below mentioned signs and symptoms are observed in Nomophobia cases: